After updating my Z97X-UD3H running 10.12.6 to Clover r4586 the system would hang on a black screen shortly after the Clover boot menu.

Luckily I stumbled across this post that says the OsxAptioFix3Drv-64.efi driver has been removed, and that AptioMemoryFix.efi should be installed as its replacement from now on.

I can’t remember if Clover deleted OsxAptioFix3Drv-64.efi for me or not, but after installing AptioMemoryFix.efi the system started working again. Success! 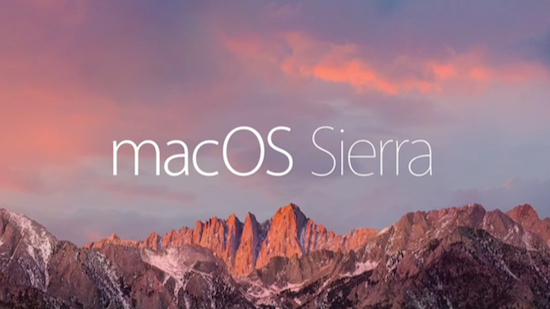 With the recent release of macOS Sierra 10.12 (previously OS X) my current OS 10.10 Yosemite install has been pushed to n-2 support status (Apple supports 2 versions prior the current release), meaning Apple will drop support for security updates upon the next release of macOS, presumedly due 2017. This means the time has come to update my 10.10 Yosemite install to 10.12 Sierra.

I decided to just skip the 10.11 El Capitan release and perform a fresh install. Over the weekend I managed to get a fresh Sierra install working on a spare HDD, allowing me to test its stability whilst still running my daily workhorse Yosemite install.

Nearly everything works as it should; bluetooth, GPU HW acceleration, sound, ethernet. Once again the only thing not working properly is sleep/wake/hibernate. But I remain persistent to get those working with this release and install.

Below is a summarised step of instructions I performed to get a persistent working install, please note you will need access to an existing installation of OS X to perform the Hackintosh installation.

This install is still a work in progress for me and will be updated as time goes on and I hopefully get more things working.

With the recent update of OS X Yosemite to 10.10.4, the usual way of flushing the DNS using discoveryutil no longer works.

discoveryutil has been replaced by mDNSResponder in 10.10.4.
The following command should clear the DNS cache.

A few days ago I spotted an awesome RAM deal on HotUKDeals, Amazon UK were selling 16GB of Corsair Vengeance low profile (2 x 8GB) DDR3 1866 Mhz for only £83.57 inc VAT + delivery. My order was placed at the right time so it seems, as according to Amazon price checker camelcamelcamel £83.57 is the lowest price recorded.

I already had a set of this RAM lying around, so ordered two more kits for a total of 48GB (6 x 8GB modules). 24GB is the official maximum supported RAM for the X58 chipset, but after reading online about some success stories with 48GB I thought it was worth a shot. Popped the modules in my Gigabyte GA-X58A-UD3R Rev 2.0 and can confirm it runs as sweet as a nut. OS X Yosemite recognises the full 48GB and all 6 modules correctly, with no issues reported so far.

A nice quick win, a rarity so it seams for Hackintosh builds 😛

After many years of running the Chameleon boot loader, the time has come to climb Hackintosh ‘Everest’ and make the transition from Chameleon to using the Clover project boot loader. Like Chameleon Clover is a boot loader that allows Mac OS X to run on non-Apple hardware, however it is meant to bring numerous benefits and fixes over the former solution.

From reading forums online and after several previously failed attempts I don’t expect this to be an easy task, but this time I am determined to get it working.

Clover is labeled as real EFI and Vanilla than Chameleon. Apple for one reason or enough has recently spruced up their security and services that used to run fine; like iMessage, no longer work. More commonly sleep has historical always been a sore spot for Hackintosh’s. Clover claims to alleviate most of these issues, only time and effort will tell.

After a lot of reading online and testing different configurations I managed to get a working system booted, but my experience wasn’t as straight forward compared to other peoples from what I can tell.

I followed steps 1 to 3 from TonyMac’s guide clover guide. I then created a UniBeast USB in order to boot the freshly installed system, as for the life of me I could not get the system to boot using a USB installed with Clover. Once booted into the system I downloaded the latest version of Clover and began the installation process, which is similar to step 4 from TonyMac’s guide.

Once installed I rebooted the system, removed the USB and was gladly presented with the OS X boot screen, Happy day!

Either way I’m glad it is finally working. 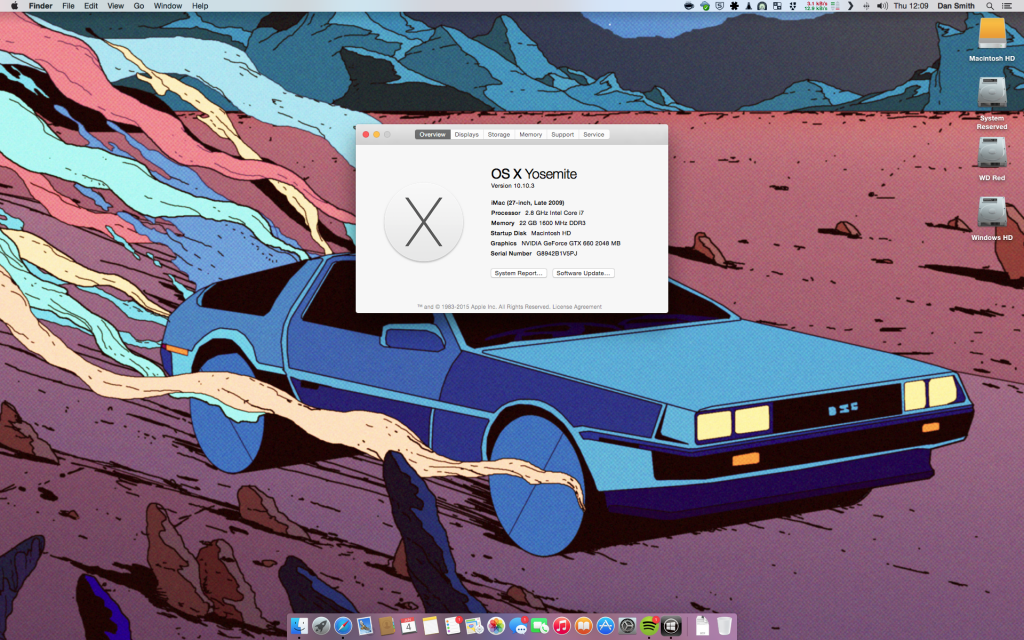